Teeth whitening products may be responsible for the boost in the number of young people getting grey hair prematurely by adding to the body’s own production of H2O2: researchers have discovered that the key whitening ingredient hydrogen peroxide (H2O2) causes grey hair. When our bodies experience a surge in H2O2 production (typically caused by increased stress levels), the excess can accumulate within the hair follicles. This surge in the production of H2O2 down the body’s production of catalase, Tyrosinase, MSRA, and MSRB. These are all key enzymes that are directly responsible for repairing and protecting hair follicles and slowing down greying. Once these enzymes have broken down, melanocyte death occurs (Melanocyte is the cell that gives skin and hair its colour), allowing the hydrogen peroxide to bleach the hair follicles as they grow causing grey hair – much like what your favourite teeth whitening product does to your pearly whites.

Popular teeth whitening products contain a great deal of H2O2 in order to achieve the perennial bleached-white look. Scientists believe that this outside source of H2O2 finds its way into our bodies and blood stream where it accumulates and adds to the body’s overall store of the compound.

While that whitening toothpaste may seem to contain a small amount of hydrogen peroxide, it only takes .001 Mole or 0.04 grams of H2O2 to start the process of breaking down those all-important enzymes mentioned above. It should be noted that some whitening products boast a hydrogen peroxide concentration of up to 6%, this is more than enough to sufficiently deactivate any of the key enzymes that protect the health of hair follicles. This could spell disaster for those individuals who are already susceptible to higher levels of hydrogen peroxide, especially those who lead stressful lifestyles.

Despite the definitive link between hydrogen peroxide and greying, cosmetic dentistry – including teeth whitening services – are becoming even more popular as more individuals than ever search for oral perfection. In fact, in a recent study by the British Academy of Cosmetic Dentistry, one-third of the UK population was “concerned by the look of their teeth,” while 27% believe that cosmetic dentistry services like teeth whitening are vital to an improved quality of life. And as the teeth whitening industry is estimated to be growing approximately 15 to 20 percent each year, researchers are predicting an epidemic increase in premature grey hair.

It’s an ironic twist in a looks-obsessed culture that prizes an everlasting youthful appearance. In the search for the fountain of youth we end up opening bottles of beauty products that make us looking old prematurely, by causing greying. 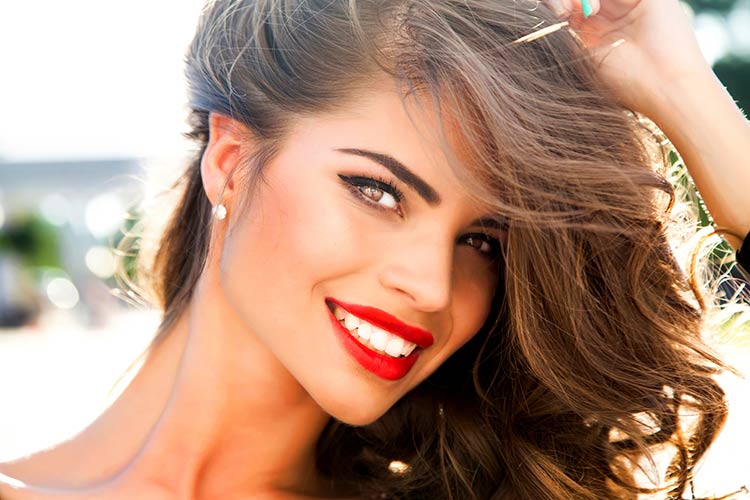